There are so many different styles of craft beer these days that it can be hard to keep track of them all! Here is a quick guide to some of the most popular styles:

This stands for India Pale Ale and is characterized by its hoppy, bitter flavor. IPAs are typically pretty high in alcohol content as well. There are many different styles of IPAs, each with its own unique flavor and aroma. The most common styles are English, American, and New England IPAs. English IPAs are typically more malty and have a balanced hop character. American IPAs are usually more bitter and have a more intense hop flavor. New England IPAs are hazy and juicy, with a soft mouthfeel and a fruity flavor. Other less common styles include Double IPAs, Session IPAs, and Brut IPAs. No matter what your preference is, there is an IPA out there for you to enjoy!

A lighter, more seasonable beer, pale ales are still fairly hoppy but not as much as an IPA. Pale ales are one of the most popular styles of beer in the world. They are brewed with pale malt and typically have a moderate to high hop bitterness. Pale ales are light in color and have a crisp, refreshing flavor. There are many different sub-styles of pale ale, including American pale ale, and English pale ale.

There’s something about stouts that just makes them seem so much more intense than other beers. Maybe it’s the thick, creamy texture, or the fact that they’re often made with dark, roasted malt. Whatever the reason, stouts are definitely not your average beer. If you’re looking for a beer that packs a big flavor punch, then you need to try a stout. From chocolatey to coffee-flavored, there’s a stout out there for everyone. Not to mention, the higher alcohol content means you can savor these beers a little bit longer. So next time you’re in the mood for something dark and delicious, don’t hesitate to reach for a stout. Your taste buds will thank you! 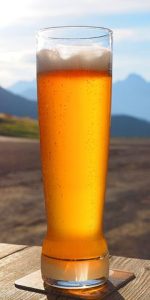 There’s something infinitely summery about sipping on a cold wheat beer on a hot day. Wheat beers are brewed with a higher proportion of wheat to barley, giving them a characteristic hazy appearance and slightly sweeter, fuller flavor. And since they’re unfiltered, they often have a higher yeast content, which can contribute to their flavor as well. Whether you prefer your wheat beer tart and fruity or malty and sweet, there’s definitely a style out there for everyone. And since they’re so refreshing, they’re the perfect beer to enjoy on a warm day. So if you’re looking for a beer to enjoy during the dog days of summer, grab a wheat beer and enjoy!

If you’re a fan of dark, malty beers, then you’ll love Porter. This style of beer is 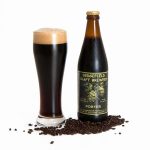 named after the English word for “transporter” or “carrier,” which is fitting since it was originally brewed as a workingman’s drink. Porters are typically dark brown or black in color, with a strong, roasted flavor. Some can be sweet, while others are more bitter. But one thing all Porters have in common is that they’re perfect for sipping on a cold winter night.

Hooray for lagers! These crisp, clean, and refreshing brews are perfect for those long summer days. Whether you’re relaxing by the pool or tailgating at a game, there’s nothing like a cold lager to hit the spot. So what exactly is a lager? Lagers are brewed with bottom-fermenting yeast, which gives them their characteristic clean flavor. They are typically lighter in color and body than other styles of beer, and are often described as “smooth” or “easy drinking.” There are many different types of lagers, from the ever-popular Budweiser to the more full-flavored Samuel Adams Boston Lager. Some lagers are even brewed with fruit, like Lindemans Framboise, a raspberry lambic. No matter what your taste, there’s sure to be a lager out there for you. So next time you’re looking for something to quench your thirst, reach for a lager and enjoy!

There’s something about a crisp, refreshing pilsner that just hits the spot. Whether you’re enjoying one on a hot summer day or sipping one by the fireside in winter, pilsners are the perfect beer for any occasion. So, what makes a pilsner so special? For starters, pilsners are usually Pale Lagers, meaning they’re brewed with pale malt and have a light, crisp flavor. They’re also highly carbonated, which gives them their signature refreshing taste. Pilsners originated in the Czech Republic in the early 1800s, and today, they’re enjoyed all over the world. No matter which pilsner you choose, you’re sure to enjoy a delicious, refreshing beer. So, next time you’re in the mood for something light and crisp, reach for a pilsner and enjoy!

Red and Brown Ales: Red and brown ales are two of the most popular types of beer in the world. Both styles are brewed with malted barley, hops, yeast and water. The key difference between the two types of beer is the type of malt used. Red ales are brewed with pale malt, while brown ales are brewed with dark malt. This gives red ales their characteristic light color, while brown ales are dark brown or even black in color. Red ales are typically less bitter than brown ales, and have a sweeter taste. They are also lower in alcohol content, making them a popular choice for session drinking. Brown ales, on the other hand, are usually more bitter and have a more complex flavor. They are also higher in alcohol content, making them a good choice for sipping on a cold winter night. Whether you prefer red or brown ale, there’s no doubt that these two styles of beer are some of the most popular in the world. So next time you’re at the pub, be sure to order one of each and find out for yourself which is your favorite!

There are tons of other styles of craft beer out there, but these are some of the most popular. So next time you’re out at a brewery or beer store, don’t be afraid to try something new, you might just find your new favorite!