Microbreweries, also called craft breweries or artisanal breweries, are small, independently-owned commercial breweries that produce limited amounts of beer. These breweries are typically characterized by their emphasis on quality, flavor and brewing technique. Microbreweries also brew less than 15,000 barrels of beer a year.

Microbreweries have seen a resurgence in popularity in recent years, as consumers become more interested in supporting local businesses and trying new and interesting beers. In the United States, there are now over 2,000 microbreweries in operation, up from just over 100 in the early 1990s.

While each microbrewery has its own unique approach to brewing, they all share a commitment to producing high-quality, flavorful beers. If you’re looking to explore the world of craft beer, start with your local microbrewery!

Nano breweries, also known as Nanos, are very small breweries. Most nano breweries are under 3 barrels, but some are as small as a single barrel. These breweries often operate out of a home or garage and may not even have their own taproom.

Despite their size, nano breweries can still have a big impact on the craft beer scene. They offer drinkers a chance to try new and unique beers that they might not find at a larger brewery. Nanos also allow brewers to experiment with different recipes and styles without having to commit to large batches.

If you’re looking for something new and exciting in the world of beer, keep an eye out for nano breweries in your area. You just might be surprised by what these tiny breweries have to offer!

Farm breweries are a type of microbrewery that produces beer using ingredients grown on the brewery’s own farm. Farm breweries are a relatively new phenomenon, with the first one opening in Vermont in 2010. Since then, farm breweries have been popping up all over the country, from California to New York. 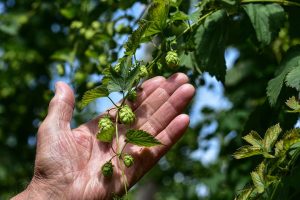 The term “farm brewery” is regulated by the Alcohol and Tobacco Tax and Trade Bureau (TTB). To be considered a farm brewery, at least 50% of the hops and grains used to make the beer must be grown on-site. The TTB also requires that farm breweries produce no more than 60,000 barrels of beer per year.

Farm breweries often focus on using local ingredients to create unique beers. For example, a farm brewery in California might use locally-grown hops and wheat to make a beer that tastes distinctly different from one brewed with hops and wheat from another region. This focus on local ingredients helps support the local economy and gives each farm brewery its own distinct flavor profile.

Craft breweries are small, independent breweries that produce a limited amount of beer. They are often known for their unique, handcrafted beers and their commitment to quality over quantity.

While the term “craft brewery” is not regulated by the government, the Brewers Association, a trade group for small and independent brewers, defines craft breweries as those that produce less than 6 million barrels of beer per year. They must also be independently owned, meaning that less than 25% of the brewery can be owned by an entity that is not itself a craft brewer.

Craft breweries have seen a boom in recent years, as consumers have become more interested in supporting local businesses and trying new and interesting beers. These breweries often focus on creating a community around their product, hosting events and collaborating with other local businesses.

A brewpub is a pub that produces its own beer on the premises. The term can also refer to a restaurant that serves beer brewed on the premises. A brewpub typically has a microbrewery or nano brewery on site, making it unique among restaurants and pubs.

The first recorded use of the term “brewpub” was in 1984 when Karl Ockert opened the Worthen Street Brewery & Pub in Lexington, Massachusetts. The brewpub trend began to take off in the United States in the 1990s, as craft brewing became more popular. Today, there are thousands of brewpubs across the country, ranging from small local businesses to large national chains.

Brewpubs offer a variety of benefits for beer lovers. For one, they provide fresh, locally-made beer that you can’t find anywhere else. They also offer a unique atmosphere that’s different from your typical bar or restaurant. And finally, brewpubs are usually much cheaper than going to a brewery tour or tasting room. 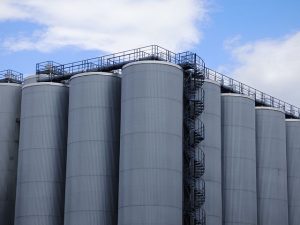 The vast majority of commercial breweries in the US are what’s known as “macro breweries.” These large-scale operations mass-produce popular brands of beer that are distributed nationwide (and sometimes even internationally). The largest macro brewery in the US is Anheuser-Busch InBev, which owns over 500 different beer brands including Budweiser, Stella Artois, and Corona.

In recent years, there has been a growing trend of “craft breweries” popping up across the country. These smaller operations focus on producing high-quality, innovative beers in smaller batches. Many craft breweries have become extremely popular locally, and some have even begun to expand their reach beyond their home state.

Whether you’re a fan of macro brews or craft brews, there’s no doubt that commercial breweries play a major role in America’s economy and culture. Next time you crack a cold beer, take a moment to think about all the hard work that the brewery staff that went into making that delicious beer in your hand!